Liposuction is a surgical technique that improves the body’s contour by removing excess fat from fatty deposits located between the skin and muscle. Localized accumulations of fat, which are often hereditary and frequently impossible to eliminate by exercise or dieting, can now be removed permanently by liposuction surgery, never to plague you again.

Liposuction involves the use of a small stainless steel tube called a cannula. Connected at one end to a specialized suction pump, the cannula is inserted through tiny skin incisions. The removal of fat is accomplished as the suction cannula creates tiny tunnels through the fatty layers.

What areas can be treated by liposuction?

The most frequently treated areas in women are the abdomen, hips, thighs, knees, calves, ankles, and beneath the chin. In men, who comprise about 25% to 30% of patients who undergo liposuction, the most commonly treated areas include the “love handles”, abdomen, breasts and the neck and chin area.

Are the results of liposuction permanent?

Fat cells that are removed by liposuction do not grow back. As long as the patient does not gain an excessive amount of weight, the new more pleasing silhouette is permanent.

New advanced tumescent technique has made liposuction simpler and faster. The Tumescent Technique of liposuction was developed in 1985.

The Tumescent technique involves the use of large volumes of a dilute solution of lidocaine (a local anesthetic) in combination with the vasoconstrictive drug, epinephrine, which shrinks blood vessels.

Local anesthesia used in the Tumescent technique for liposuction is so effective that patients no longer need intravenous sedatives, narcotic analgesics, or general anesthesia. This technique is now considered the safest form of liposuction for removing very large amounts of fat because there is virtually no blood loss. Not only has the Tumescent technique proven to be safer than the standard technique using general anesthesia, but it also has proven to be less painful, has minimal post operative recovery time, and produces optimal cosmetic results.

With the Tumescent technique, infiltrating the local anesthesia is associated with minimal discomfort. Once the area has been completely numbed, surgery in that area is essentially painless. In addition, because the numbness remains in the treated area for more than 12 hours, there is no pain immediately after surgery

What are the risks?

Does Tumescent reduce the risk of infection?

With the Tumescent technique the areas that are being treated surgically are those same areas that will receive the local anesthetic that kills bacteria.

When can I return to normal activities?

As it stands, the American Society of Plastic Surgeons and the American Society for Aesthetic Plastic Surgery state that fat injections to the breast can be used to enhance breast appearance after breast reconstruction or to soften the appearance of implants by eliminating wrinkling, dimpling or even capsular contracture. These injections may one day have a role in primary cosmetic breast augmentation.

Fat Grafting to the Breast: The Controversy
Some doctors were initially concerned that injected fat might calcify and obscure readings on breast X-rays (mammograms) or be mistaken for early breast cancer. The latest studies show no such risk. In fact, it’s actually easier to visualize breast tissue in breasts that were augmented with fat compared to breast tissue in breasts with saline or silicone implants.
Fat grafting breast augmentation may not affect breast cancer risk or detection, but there are still technical concerns surrounding its use. For starters, there is no consensus regarding how much fat is needed to adequately enlarge a breast.

So the questions remaining are how much is too much and how little is too little?
The answers are not yet known. Fat transfer breast augmentation’s success also depends on your surgeon’s skill and technique.

Fat Grafting to the Breast: The Stem Cell Solution
Some plastic surgeons who perform fat grafting to the breast say the secret to their success is in the stem cells. “Pluripotent,” adipose-derived stem cells live in fatty tissue and can change into any of the types of cells found in the human body — including fat cells. These stem cells should not be confused with controversial embryonic stem cells. Instead, they are viable adult stem cells that can be extracted from your own fat.

Certain fat processing techniques may yield higher concentrations of adult stem cells, which may provide long-lasting, breast-enhancing results. These stem cells basically regenerate fat from within, turning cells into mini fat cell factories. This approach is widely used in Europe and Asia. There is no evidence showing that injecting fat replete with stem cells into the breast will induce the growth of breast cancer.

Fat Grafting Breast Augmentation: Are You a Candidate?
Fat transfer to the breast may be an option if you are attempting to enhance your breasts’ appearance after breast reconstruction or want to soften the look of your implants. As far as primary breast augmentation goes, fat grafting, in the right hands, may provide breasts that look and feel more natural. Some women do not like the feel of a saline breast implant, while a breast that is enhanced with autologous fat does feel natural. Fat grafting to the breast can increase breast size (but likely by less than one cup), create cleavage and improve the shape of tuberous or “Snoopy” breasts. These enhancements may even be permanent, or semi-permanent with some maintenance injections.

Some surgeons suggest wearing tissue expanders such as the Brava System to stretch your skin before the fat injections. Your surgeon will tell you how often to wear the expander to achieve the results you desire. These devices pull your breast tissue and place your breast under tension to encourage the cells to replicate.
There are benefits and risks to all surgeries, including fat transfer to the breast.

For example, you can’t go as big with fat injections to the breast as you could with saline or silicone breast implants. Depending on your goals, this could be a downside.
Other risks may include cosmetic dissatisfaction, asymmetry, unpredictable results, infection or fat migration. There are also risks relating to the way the fat is harvested. For example, liposuction may be associated with increased risk for anesthesia reactions, infection, or burns (with laser or ultrasound-assisted liposuction, in particular).

Fat Grafting to the Breast: The Bottom Line
Fat injections do have a role in breast reconstruction and in enhancing the appearance of implants by evening out irregularities. They may have a role in primary breast augmentation if the procedure is performed by an experienced surgeon, the availability of which will likely increase as more surgeons refine their techniques for fat grafting breast enhancement.

The Sclerotherapy treatment was developed in 1920’s. During the procedure, a sclerosing solution is injected into the vein thought a microneedle.

The sclerosing solution causes the vein to blanch (turn white), then gradually disappear. A typical treatment may last for 30 to 45 minutes and consist of multiple injections.
Injection Sclerotherapy may eliminate the need for an invasive surgical procedure.

Complete correction of the treated area is not expected on the first treatment. In most cases, about 50 to 70% of the treated vessels will be gone for good. However, new veins may appear and additional treatments are generally required for optimum results. These treatments may be done in three weeks intervals.

Please consult with Dr. Marks to determine the best recommendation for your particular needs. 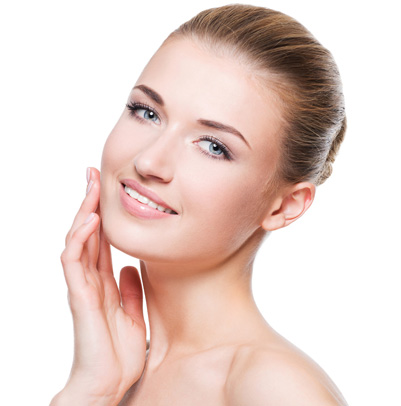 How does PRP therapy differ from other injections or fillers?

Hyaluronic acid fillers, such as Restylane and Juvederm, are composed of solid material that fills lines and skin folds. These fillers are indicated to soften deeper lines such as the folds around the mouth area, or to plump lips. They usually last from 6-18 months; repeated treatments are required to fill the area again.

PRP stimulates your own collagen to grow for total facial rejuvenation rather than individual wrinkle improvement. PRP is used for volumizing faces that are beginning to look drawn, to plump out cheek indentations, soften under eye hollows , improve the skin tone, tightness, and texture, and fill in areas where hyaluronic acid fillers cannot reach or are not safe to use.

Restylane and Juvederm can be used with PRP as the two types of treatments are meant for different purposes; they supplement each other to give the best final outcome of a more youthful looking face. Restylane and Juvederm fill specific lines and folds; PRP improves overall volume, fullness, and skin tone. PRP acts to improve overall quality, tightness, and texture of the skin rather than filling individual deeper wrinkles.

What to expect during and after the PRP procedure?

A small amount of blood will be drawn from you. While the PRP is being prepared, your skin will be cleansed and prepared for the treatment. The injections take a few moments, and are only mildly uncomfortable. The procedure is quick, relatively painless, and requires no post procedure care or time off from daily events. Mild swelling, redness, or bruising fade within

1-3 days. The PRP is made from your own cells, virtually eliminating the possibility of negative side effects.

The goal of PRP skin rejuvenation therapy is to improve skin tone and texture, tighten skin, and soften lines and pores. Results begin to show 3-4 weeks after the treatment session and continue to improve with time. Three treatment sessions are generally recommended, spaced 1-2 months apart, to achieve the best outcome.

PRP therapy can be combined with laser treatments, microdermabrasion, chemical peels, Restylane, Juvederm, Botox® Cosmetic, and/or Dysport® to best target a patient's unique issues and thus achieve the final goal of younger looking skin. Maintenance PRP treatments should be given over time.